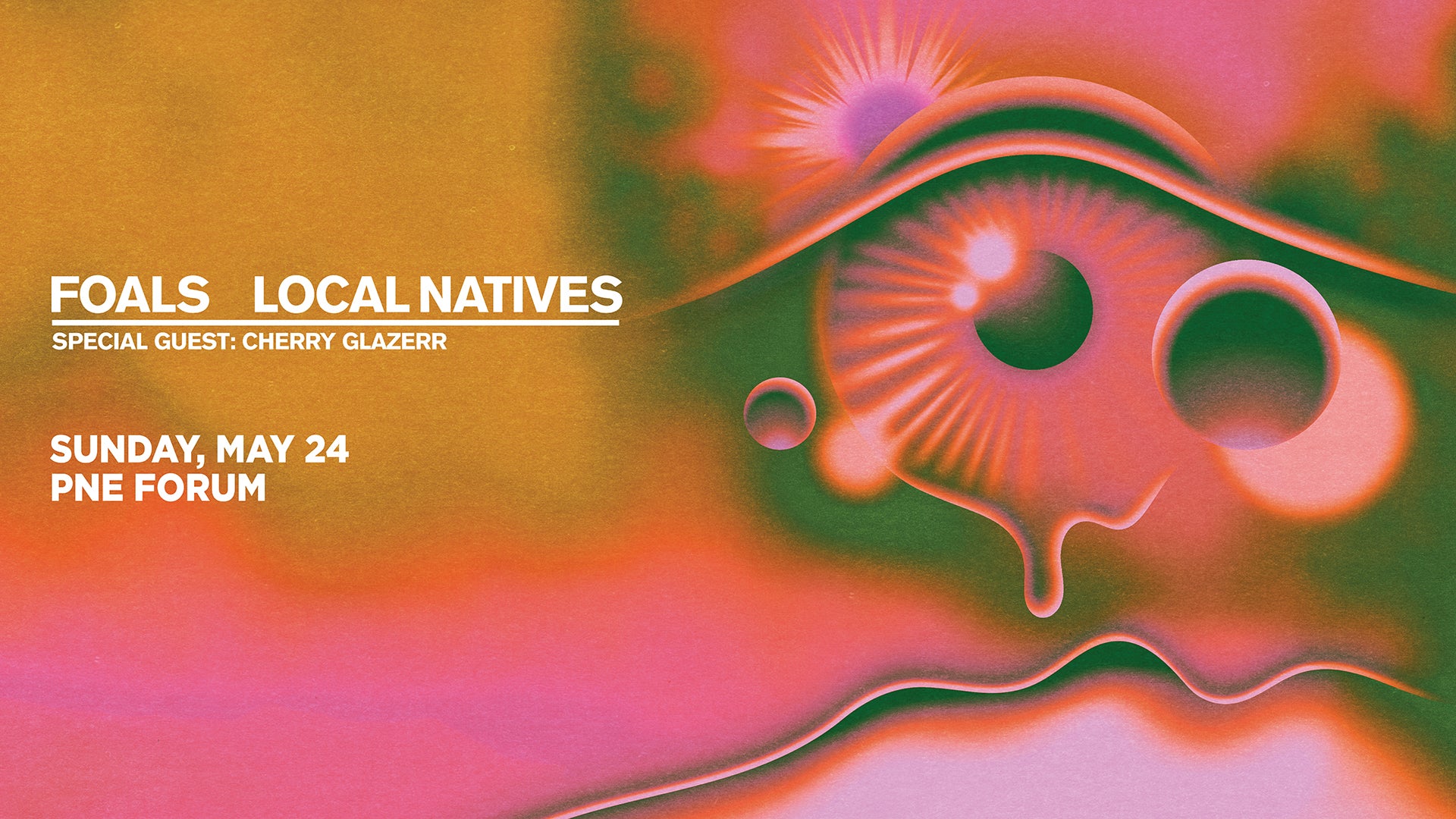 Due to the increasing spread of COVID-19 and expanding restrictions on domestic and international travel, and in accordance with national, state and local governments prohibiting large group gatherings, Foals and Local Natives originally scheduled for May 24th 2020 at the PNE Forum in Vancouver, BC has been cancelled.

Tickets purchased with a credit card through TicketLeader will receive automatic refunds to the original card used for purchase, including all fees. Depending on the financial institution, funds may take up to 14 days to show up on your statement. If you haven’t received your refund by April 28th, 2020 please contact TicketLeader Customer Service at 604-252-3700 or [email protected]. For cash purchases directly from the Pacific Coliseum Box Office please email TicketLeader for information on refunds.

About Foals
From playing chaotic house parties in their home city of Oxford to becoming major festival headliners across Europe, Foals’ trajectory has been remarkable. They’ve earned critical acclaim (NME and Q Award wins, plus Mercury Prize, Ivor Novello and BRIT Award nominations) and fan devotion (1.7 million sales of their four Gold-certified albums) in equal measure. And while the majority of contemporaries have fallen by the wayside, Foals continue to hit new peaks.

What’s more, they’ve achieved it all on their own terms. “We’ve never been a straight-up pop band, we’ve never tried to make a hit,” observes frontman Yannis Philippakis. “From the beginning, we’ve come at it from an unorthodox angle.”

After more than a decade in the game, Foals again embrace that love for the unconventional with the bravest and most ambitious project of their career: not one, but two astonishing new albums: Everything Not Saved Will Be Lost. A pair of releases, separate but related. They share a title, themes and artwork. “Two halves of the same locket,” Yannis explains, with the first of the pair emerging in March and the second following later in the year.

“They can be listened to and appreciated individually, but fundamentally, they are companion pieces,” he states. Musically they explore uncharted sonic territories for the group. Fundamentally tethered but possessing their own personalities, the two bodies capture the most compelling, ambitious and cohesive creations they’ve ever produced.
While the concept behind the album breaks new ground, the music also finds Foals leaping into new territory. Eager to break the traditional pop song structure which they felt they were becoming increasingly tapered to, the 20 tracks defy expectation. There are exploratory, progressive-tinged tracks which occasionally break the 10-minute mark alongside atmospheric segues which make the music an experience rather than a mere collection of songs. Yet the band’s renowned ability to wield relentless grooves with striking power and skyscraper hooks also reaches new heights.

While the world’s ever more unpredictable ways are potentially something to fear, Foals’ constant willingness to reinvent themselves is something to celebrate.

“We’ve shed different skins as a band. We’ve been a band that have played underground house parties, a band that have played Fabric, rock festivals… we’ve lived a lot of lives,” reflects Yannis, sounding invigorated. “At a time when a lot of the music landscape has changed and fallen away… to still feel as creatively potent as we did in the beginning, if not more so, is the biggest thing. It feels good to feel like we’re an important, interesting, aliveband.”

In a contemporary climate of few concrete certainties, Amen to one of them.

About Local Natives
Face-to-face songwriting and musical interplay put to tape: the classic studio setting is juxtaposed on Local Natives’ fourth full-length, VIOLET STREET [Loma Vista Recordings] with modern production and visuals to form a timeless album. The band’s signature soaring 3-part harmonies are augmented by loops of tape, physically spliced and transformed by hand, the result of experimenting in the studio with producer Shawn Everett [Alabama Shakes, Kacey Musgraves, The War On Drugs] is a band renewed.

In essence, Local Natives [Taylor Rice (vocals, guitar), Kelcey Ayer (vocals, keys), Ryan Hahn (vocals, guitar), Matt Frazier (drums), and Nik Ewing (vocals, bass, keys)] return to the methods of their 2009 debut Gorilla Manor, but with the bonds of their union fortified and with the growth of wisdom accrued in the studio and on stage in front of millions of worldwide fans.

In many ways, all paths converged upon VIOLET STREET. Prior, the group progressed their sound over the course of three full-lengths, the aforementioned Gorilla Manor, Hummingbird [2013], and, most recently, Sunlit Youth [2016]. The latter received praise from The FADER, Consequence of Sound, The Guardian, and more as “Dark Days” exceeded 45 million Spotify streams followed by “Coins” with 23 million Spotify streams. In between countless sold out shows and festival appearances - including a standout Coachella 2017 set - they’ve graced the stages of Austin City Limits, The Tonight Show Starring Jimmy Fallon, The Late Late Show With James Corden, and more. And they tested new sonic waters, recording a cover of Kanye West’s “Ultralight Beam,” which Complex called “beautiful.

Named after the Downtown address where Shawn operates his studio, VIOLET STREETencapsulates the spirit of the city in all of its widescreen splendor for the quintet.

“Los Angeles is an important character in the music,” explains Kelcey. “VIOLET STREET embodied the space where we were able to make the songs and harness energy. Musically, we were both looking forward and experimenting, but leaning on time honored techniques as well. Similarly, the LA is growing and expanding culturally right now but remains classic. Everything came to life in this place. All of our emotions and ideas were represented by VIOLET STREET. 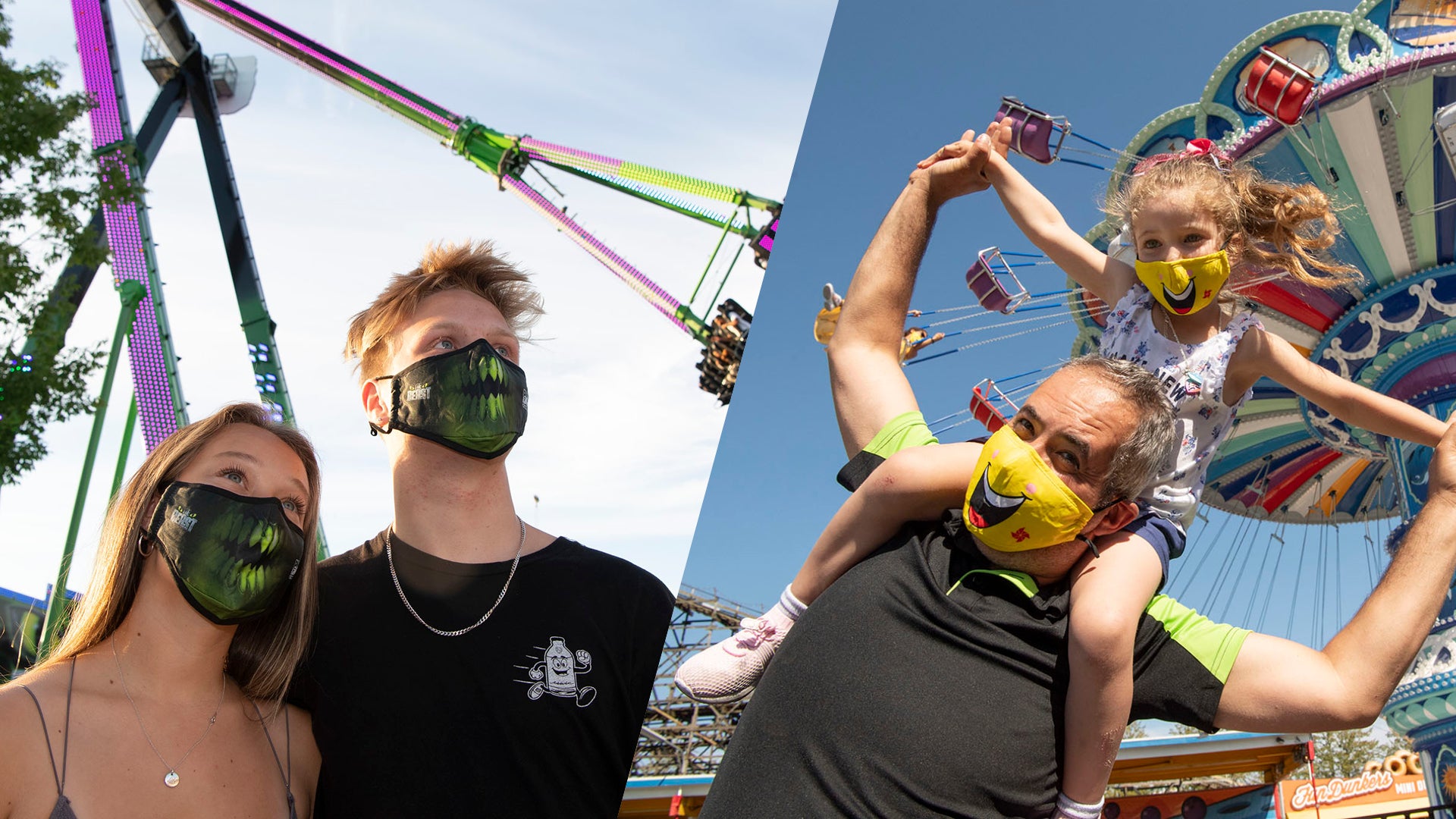 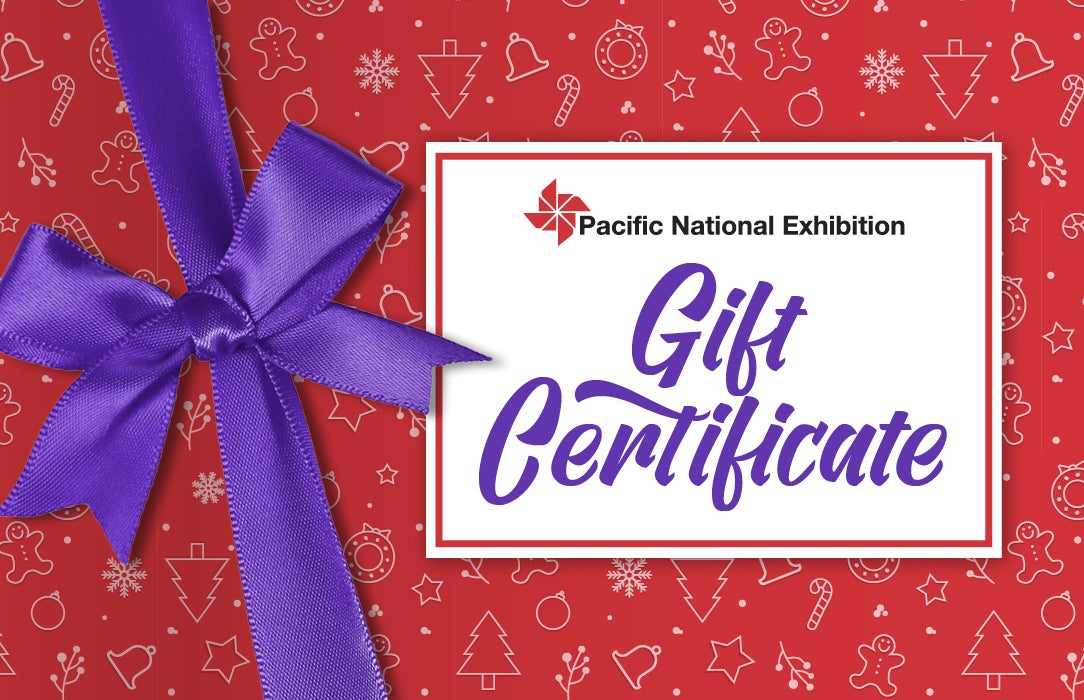 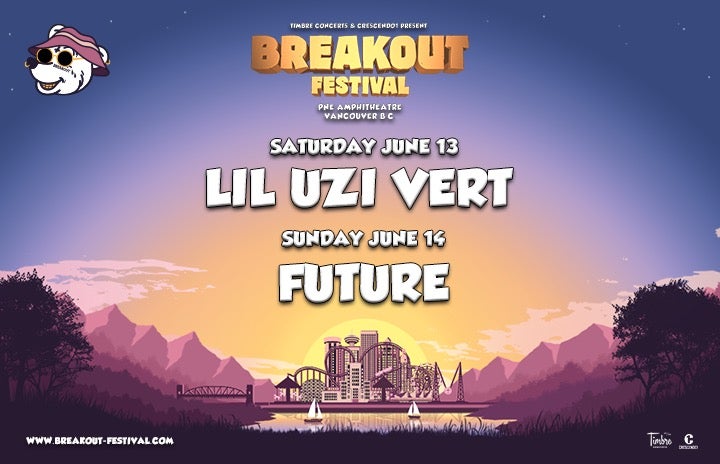 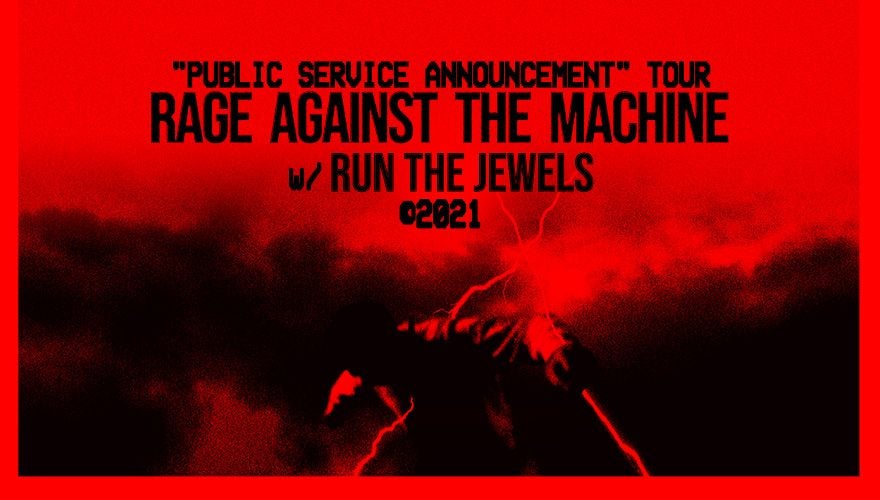 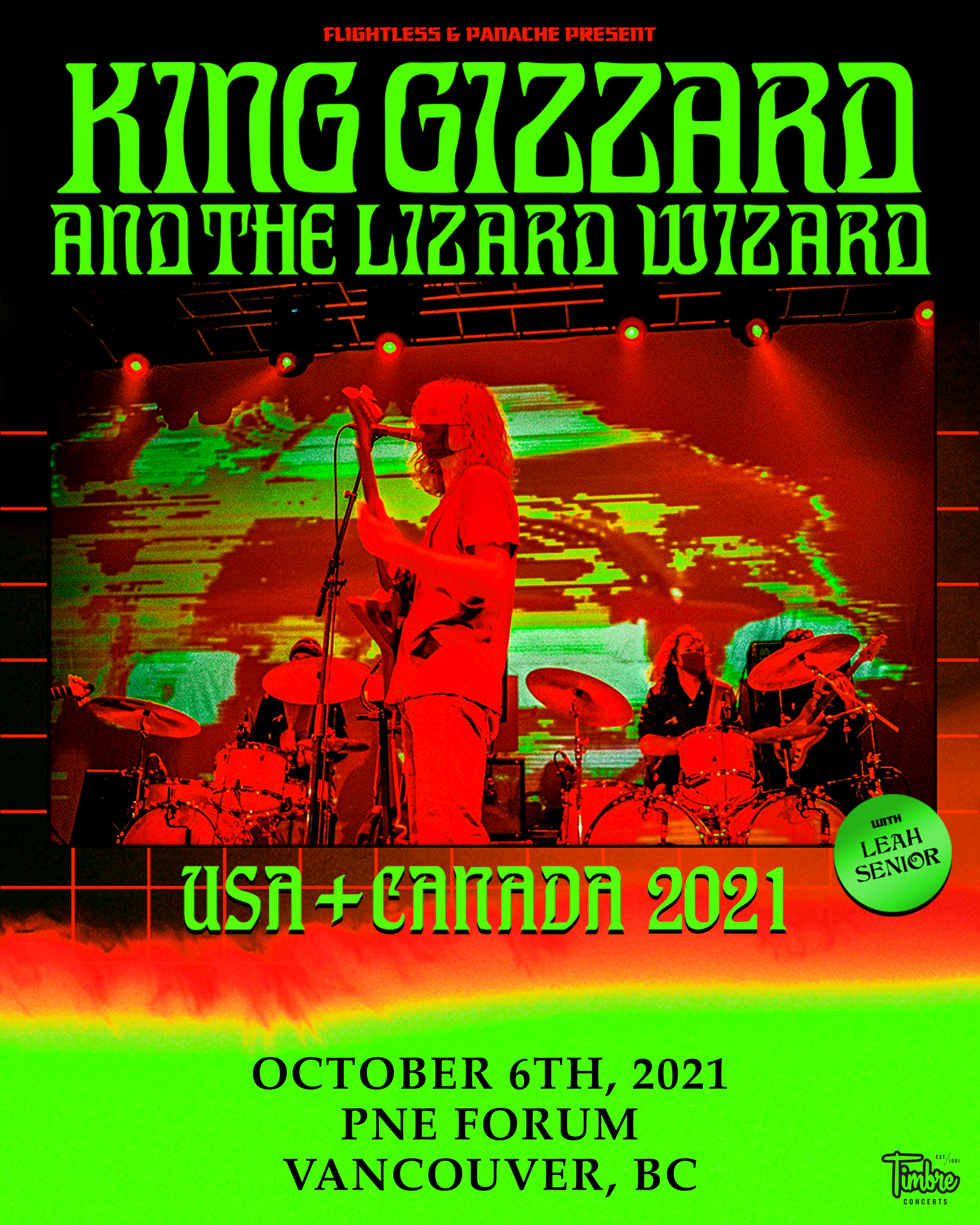